How to shoot star trails and Milkyway in night? 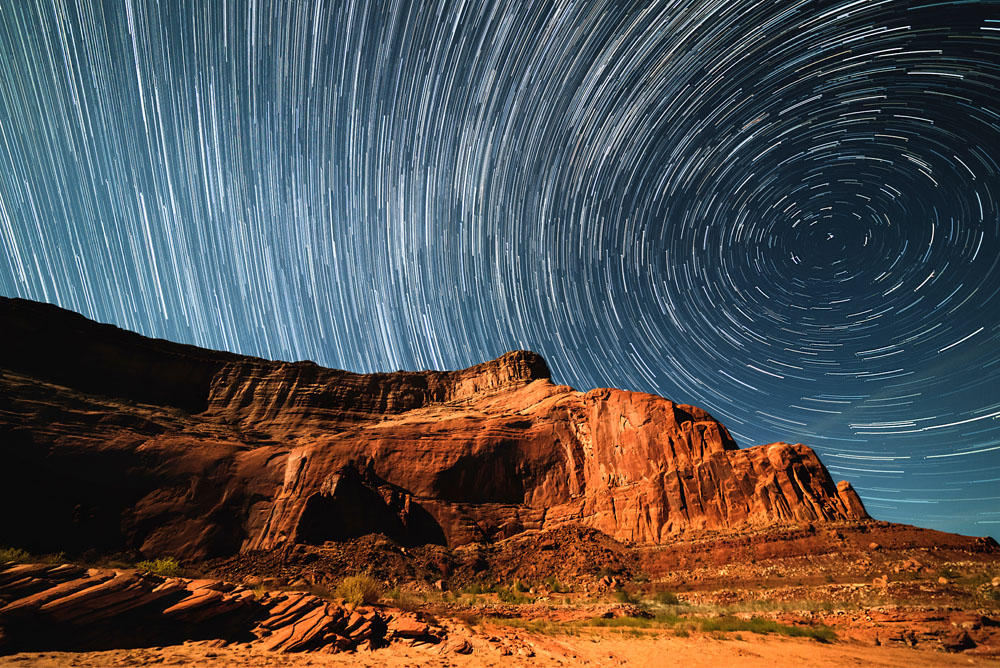 Those interested in stars and the night sky would want to capture star trails at some point. Star trails capture the apparent motion of the stars in the night sky due to the movement of the earth. It uses long exposure times to do so and the longer the exposure, longer is the trail.

Certain things are instinctive and others are learnt. When someone wants to capture a star trail, they should know a few things before starting out. This will help them capture what they want in the best possible manner.

Bigger cities do not afford a great star trail. That is because there is much light pollution. You need to travel a few miles away before you can see some darkness. The stars should be clearly visible and we do not want smoke or clouds to obscure them. There are moon charts and cloud charts that tell you when in North America you can find a sky that is right for a star trail.

Look for a moonless night as that is when you can capture the stars at their visible best. Lastly, for the photo to have a sense of place, look for a place that has something in the foreground. It could be a mountain or a rock or even a tree.

What Equipments Do you Need?

On a cloudless, moonless clear sky, you will be ready to click the star trail. You should have plenty of time on your hand to do so. You can even travel to that place a day ahead and check out the Polaris.

Now for capturing the picture, we need to first place the tripod firmly on the ground. Turn off image stabilization and set the focus so that the foreground is sharp. Turn auto focus off and set your focus while it is still light.

The ISO and aperture will change depending on the lens used but usually a large aperture and small F-stop number to let as much light as possible to enter the camera. Try and get the fastest lens possible.

Frame your shot and test a few shots. Play around with the ISO to get the right exposure. Once you have the shot framed and settings dialed in, release the remote shutter control. Before doing this set the camera to drive mode so it will take consecutive shots and use the remote. For the next few minutes the camera will be busy taking shots and this could last for more than 30 minutes.

After investing several hours of your life into capturing one picture, you now have several images that you need to edit.

Using Adobe Bridge and Photoshop, edit it to your liking. There are several social media sites where you can upload and share your picture.