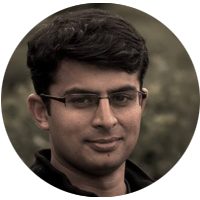 Kalyan Varma is an award winning wildlife photographer, filmmaker and conservationist specialising in environment, ecology and conservation in India. He freelances with many of the world’s leading magazines, environmental NGOs and television channels like Nat Geo and BBC.

He has worked on many landmark blue chip wildlife series for the BBC and National Geographic channel. His work has appeared in many publications worldwide, including National Geographic, Nature, Guardian, BBC Wildlife, GEO, Smithsonian, Lonely Planet and other magazines.

Kalyan is actively involved in fostering community among photographers and wildlife conservationists. In 2004 he, along with a team of photographers, founded India Nature watch, an online community which now has become the largest platform for wildlife photographers in Asia. In 2015, he co-founded the slow-journalism initiative the Peepli project, which delves deep into the unreported, under-reported, themes that public discourse currently abdicates. Kalyan undertook a year long project to document the ground realities of human-elephant conflict in Karnataka. He is one of the co-founders of Nature InFocus, an annual festival focussed on nature photography and conservation.

Sharing his knowledge of photography, wildlife, and people across various platforms including workshops and seminars is an important part of the work that he does.

Kalyan hopes to combine an artist’s eye with a journalist’s curiosity and sense of storytelling in his visual style, resulting in a body of work which he hope will inspire the viewer to discover more. Using narrative and visual construction he strives to lure the audience into the subject, prompting them to ask questions rather than accept a ‘standard version’ of changing landscapes.