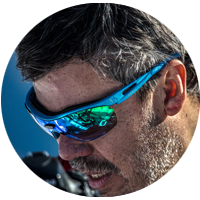 Founder of “Arte & Luz Foundation”, he has been in charge of the Natphoto Mountain Expeditions Program since 2014 (Natphoto.cl). Constantly researching and training, he is currently pursuing special photography studies at the NEW YORK INSTITUTE OF PHOTOGRAPHY (NYIP).

“For me a photo becomes an image when it is able to convey a message, emotions, when what the viewer observes makes you think, get excited.For many years I dreamed of being able to develop myself in photography, today I feel that I still have an infinite path to go, because one never finishes learning and improving, but the path already exists and is initiated. When one feels a passion for something it is impossible to stop, I think it is my case, photography occupies a very important place in my life and it is really a passion and I want to live it as such, always improving, it will depend on the work I can do as far as I can arrive”.